We sell Rare Books, Ephemera, and Manuscripts with a focus on Food & Drink History, Women's History, Cultural History, Children's Books, and anything else that makes us smile.

We are happy to help you start a collection, buy a gift for a loved one, or add to your present holdings. Most of our stock is online, but please reach out if you do not find what you are looking for - we have a LOT of stock uncatalogued, and would be thrilled to find a home for a book, picture, poster, or manuscript that is waiting to be uploaded.

Narragansett Brewing Co. [DR. SEUSS] [BEER] [POSTER] Narraganset Bock Beer "Too Good To Miss" Cranston, RI: Narragansett Brewing Co., c. early 1940's. 25.5 x 18 inches. Rare color lithographed poster. The Famous Narragansett Bock beer was first produced on February 8th, 1912. Narragansett Brewery, in Providence, Rhode Island used to throw a Bock Beer Festival on the brewery grounds every spring until things got out of hand in the 1970's. Well known for it's "Hi, Neighbor! Have a 'Gansett" slogan which commenced after World War II, Narragansett brewery suffered, like every other alcohol producer, during the years of Prohibition. In an effort to revive the brewery after suffering significant financial losses, Narragansett approached a young artist to design a new mascot as part of a marketing campaign, That artist was none other than Theodore Geisel, also known as Dr. Seuss, who is credited with creating Narragansetts' well-known, albeit completely inappropriate "Chief Gansett" character.

Theodore Geisel's connection to beer goes pretty deep; his father and grandfather were both brewers. These German immigrants owned a brewery in Springfield, MA named Kalmbach and Geisel (refereed to as "Come Back and Guzzle" by the locals) which was renamed Highland Brewery, then Springfield Breweries later on. Like other alcohol producers during Prohibition, the Geisels were forced to close the brewery and Theodore's father found work as the city's Park Superintendent. One can imagine that Theodore never forgot the damage Prohibition did to his family and was eager to work with the Narragansett brewery in his early years as an illustrator. Four closed tears to edges, approximately three inches of water damage to right edge and five puncture marks. Color illustrated poster with black quarter inch metal band to top and bottom. Very good.

Goodkind Calvin, Ruth. [PHOTOGRAPHY] [VASSAR COLLEGE] [AMERICAN WEST] 1919 - 1922. Oblong format. 20.5 x 30 cm. With over 500 images, this album grants the viewer an inside look into a privileged, white, American woman's world during the heady days of the early 1920's. Ruth Calvin Goodkind (1903-1958) lived outside of Chicago with her brother and her parents (her father was a doctor). Ruth attended Vassar, in Poughkeepsie, NY. Founded in 1861, Vassar was the second degree-granting institution of higher education for women in the United States. A quarter of the images depict student life at Vassar, including a trip to West Point, athletic events, marching band, picnics, plays, ceremonies, buildings and grounds, and dorm life. The remaining three-quarters of the images include many trips to the American West. There are approximately 200 images of Glacier Park,Montana, which include scenes of camping, hiking, scenic views and vistas; Native Americans (Blackfoot), cowboys, horses, and dude ranch life. Ruth visited Wyoming and the IXL ranch, approximately 40 images, where she met the author Mary Roberts Rinehart (1876-1958). Other images include Camp Hanoum, Mt Rainier, Colorado Estes Park, Sand Dunes, Logan Falls, Santa Barbara (San Ysidro Ranch), Chicago, and Kentucky. Sizes of the photos vary from 1 1/2" x 2 1/2" to 3 1/2" x 5 3/4" with a few larger photos and two articles pasted in. Six photos are loose, all of the American West. 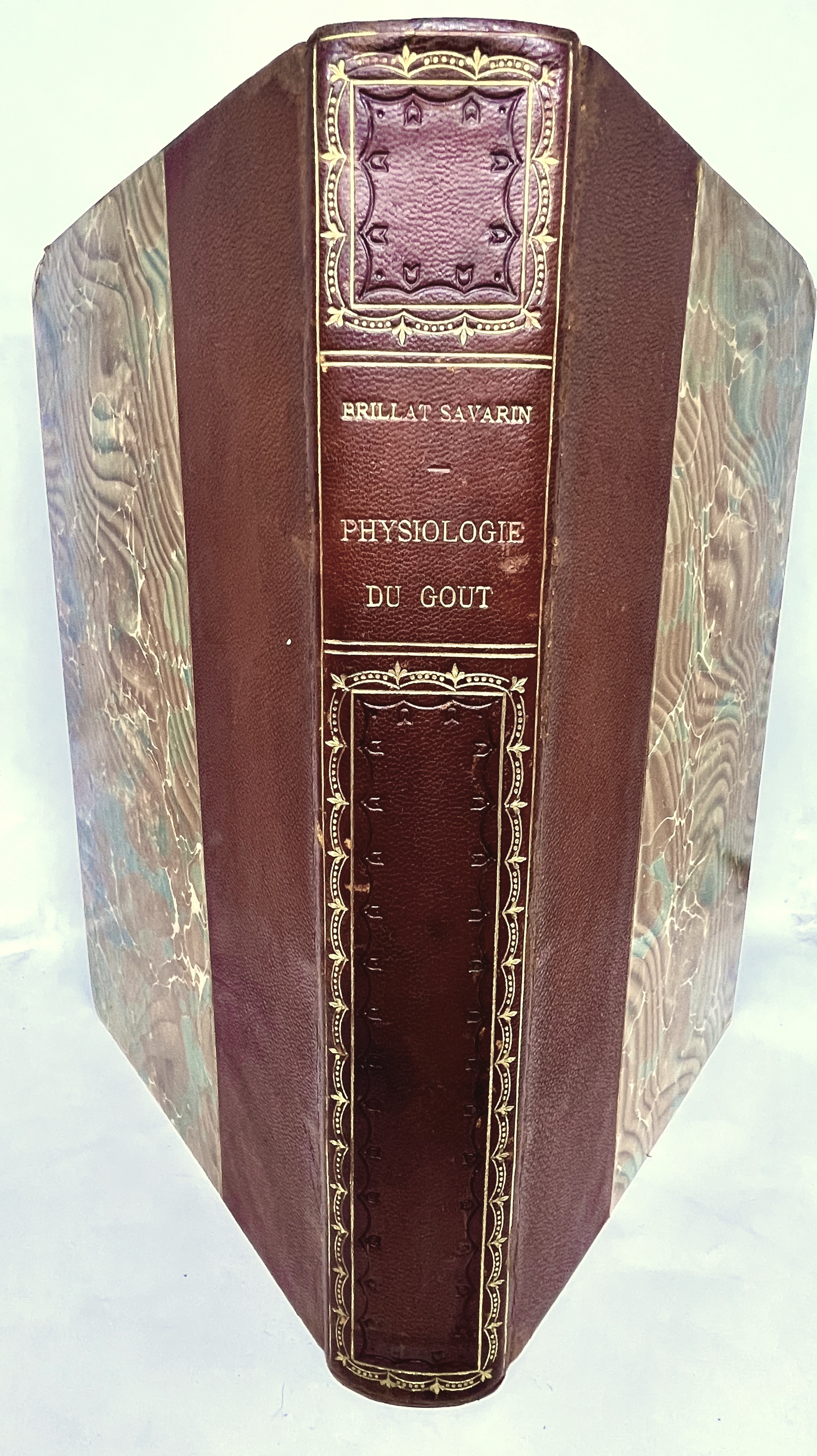 Brillat-Savarin, Jean Anthelme. Paris: Furne et Cie, LIBRAIRES-ÉDITEURS, 1864. 460 pages. 26.5 x 17.5 cm. Second printing of this edition, Paris, 1864, which was originally published, Paris 1848 (First edition 1826). Engraved frontispiece and six engraved plates as well as numerous wood engravings. This time-honored gastronomic classic is less a discourse on cuisine or culinary arts - the genius is the authors entertaining analysis of casual conversation and doctrines, observations and anecdotes of every kind that may complement the pleasures of the table. Brillat-Savarin, the man who gave us the expression - "Tell me what you eat, and I will tell you who you are" - was already an old man when he published (1825), at his own expense for an audience of friends, the one book for which he would be remembered. During his lifetime, he had been neither a man of letters nor a cook, as is often thought, but a provincial lawyer who rose to become a judge of the appeals court in Paris. He died at seventy a few months after the publication of his masterpiece. Text in French. Original wrappers preserved. Interior clean. Corners rubbed. [CAGLE 99]. Quarter bound, marble paper covered boards, spine decorated in gilt. Very good. Hardcover. [3260] The Compleat Gardner; or Directions for Cultibvating and Right Ordering of Fruit Gardens and Kitchen 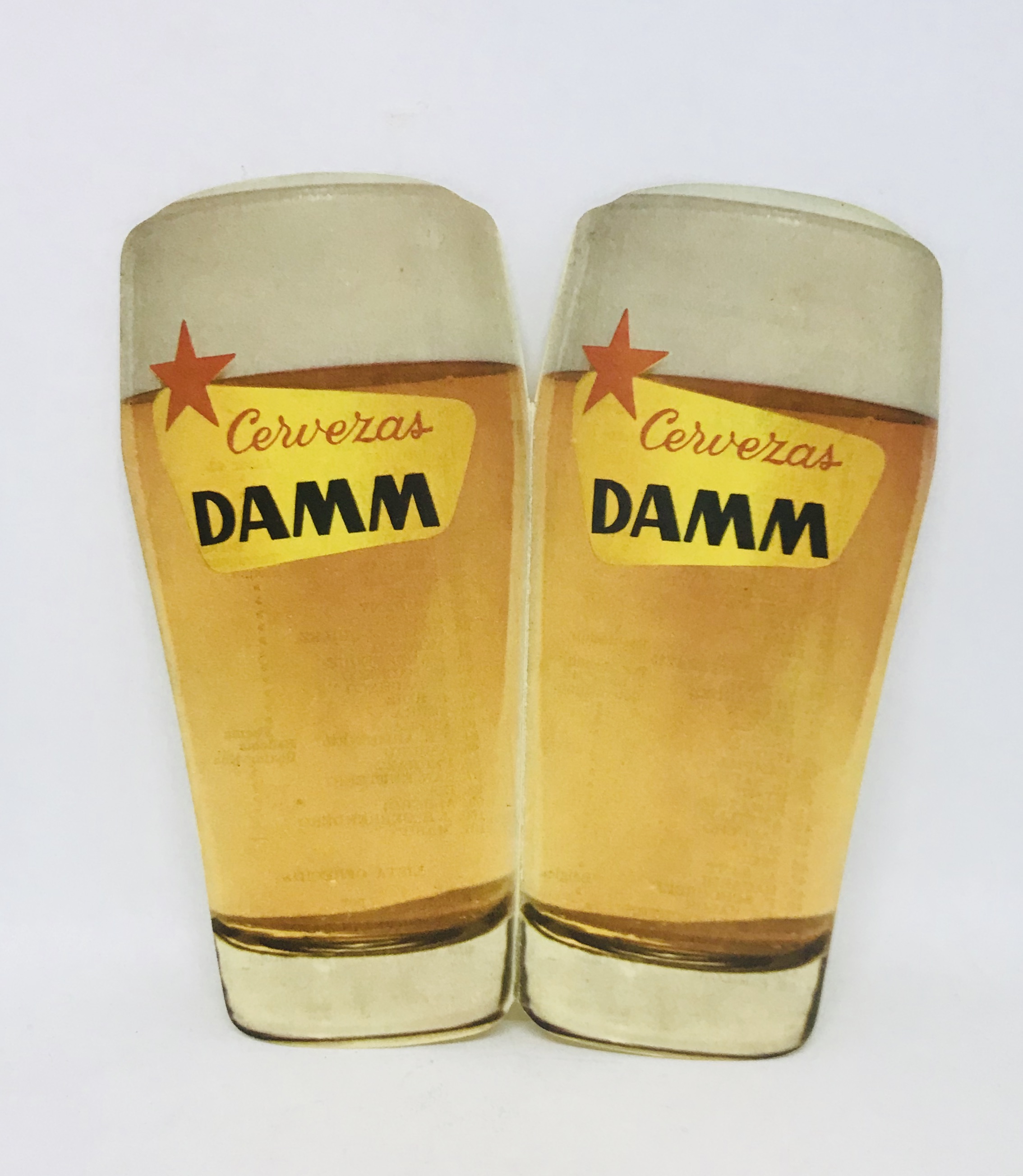 The Mansion on Turtle Creek Cookbook

Fearing, Dean.  New York: Weidenfeld & Nicolson, 1987. First Edition. 287 pages. 24 x 19.5 cm. Inscribed by author/chef, Dean Fearing to legendary chef Jean-Louis Palladin. The two chefs were to work together at the Hermes Anniversary Gala and Fearing writes: "To Jean Louis - Thank-you For Coming To Big 'D'. It will be fun working with you doing some 'Knocked Out' Food! Dean Fearing, Nov. 10, '88, MORE CHILIES! Taped to interior of front board is a clipped article about the event. Executive chef Dean Fearing is known for bringing together the flavors of the American Southwest with classical culinary techniques at his restaurant The Mansion On Turtle Creek in Dallas, Texas. Jean-Louis Palladin (1946- 2001), earned two Michelin Stars at the young age of 28, brought his intensity in the US, opening Jean-Louis in the Watergate Hotel in 1979. Pristine copy. In protective mylar cover. Tan board, embossed in gilt, maroon cloth covered spine. Fine, in fine dust wrapper. Hardcover.

The Art of Cookery, made Plain and Easy

A LADY (GLASSE, Hannah). Which far exceeds any Thing of the Kind yet published. London: A. Millar, J. & R. Tonson, W. Strahan, P. Davey and B. Law, 1760. Seventh Edition. 384 pages - (24 ind.) First published in 1747, the book was reprinted within its first year of publication - 20 editions in the 18th century followed. It was not uncommon for a female scribe to keep her identity hidden, but by using the title "A LADY", erroneous claims of authorship flourished. Unfortunately for Glasse, her financial situation was never secure and she filed for bankruptcy and even spent some time in debtors prison. [OXFORD 77], [BITING 189]. Expertly rebacked, portions of the original backstrip preserved. Interior crisp. Orig. calf, rebacked. Very good. Hardcover. MoreThe Art of Brazilian Cookery; A Culinary Journey Through Brazil MoreLarkin Housewives' Cook Book; Good Things to Eat and How to Prepare Them